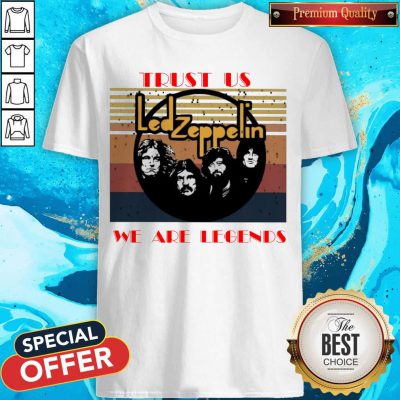 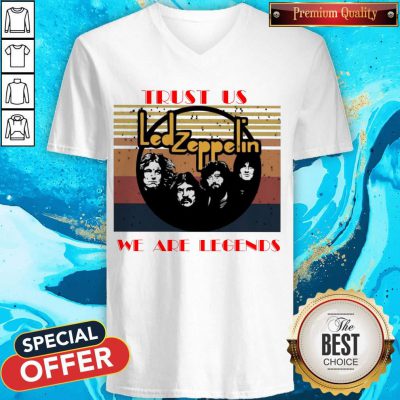 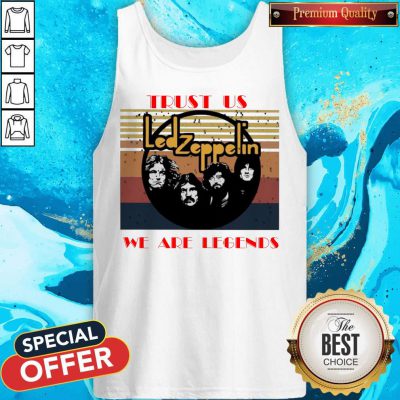 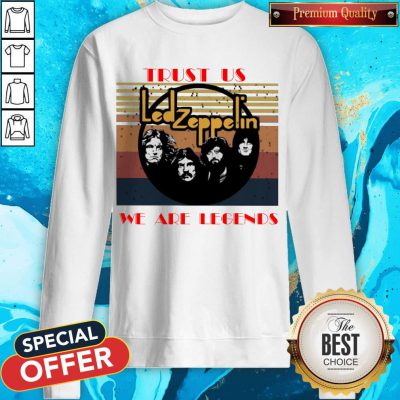 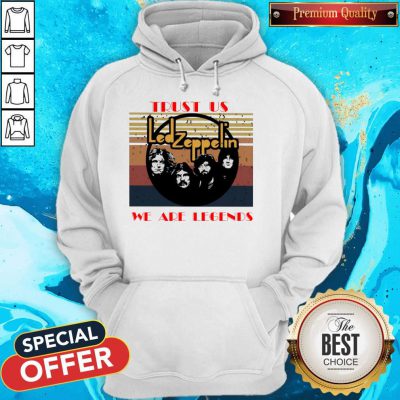 Trust Us Led Zeppelin We Are Legends Vintage Shirt

I miss those G4 presentations of E3, the big shows, and hype surrounding console drops. I miss everything about G4 and TechTV. G4 and TechTV was my shit. Holy hell..it was awesome.  Took a pic with him at e3 in 99′ when he was doing a GameSpot special from there. I talked with him for a good half hour between the spots he was doing for Zdtv. Coming home from school a Trust Us Led Zeppelin We Are Legends Vintage Shirt blasting x-play was my middle school year.  can a time machine take us back to then? I don’t even wanna go back to 2000 when me and my friends would play street football in front of the school and had the eyes of everyone. I wanna go back to the chilling in front of the TV watching G4 and TechTV days. Before they merged. I wouldn’t say that there wasn’t enough interest, it was more that it became redundant by the very thing they covered. Yea, in ’98, the internet was around but it wasn’t widely accepted so learning about tech on a capable tv station made sense. By ’01, most young people were using

A few months back, Adam Sessler had a Twitter thread where he shared a lot of insight about the end of G4. The Ninja Warrior/Cops reruns came about at the request of higher-ups cutting original programming costs. Cops and Ninja Warrior were extremely affordable to syndicate and maintained a Trust Us Led Zeppelin We Are Legends Vintage Shirt steady audience for ad revenue. The review that sticks out the most for me is the review for Dragonball Z: Sagas just because I think it got one of the worst reviews they ever gave, and I remember Adam drilling it and calling it Dragonball Z: Sag Ass. Good times. hat guy went on a rant how he taped some nerds ass together and went on a riff and how the guy was on life support or something. That was 10+ years ago and I still remember that episode. Remember when the guy hacked Madonna’s website, released her entire album on it for free along with a proposal for Morgan Webb. It was an insane time.